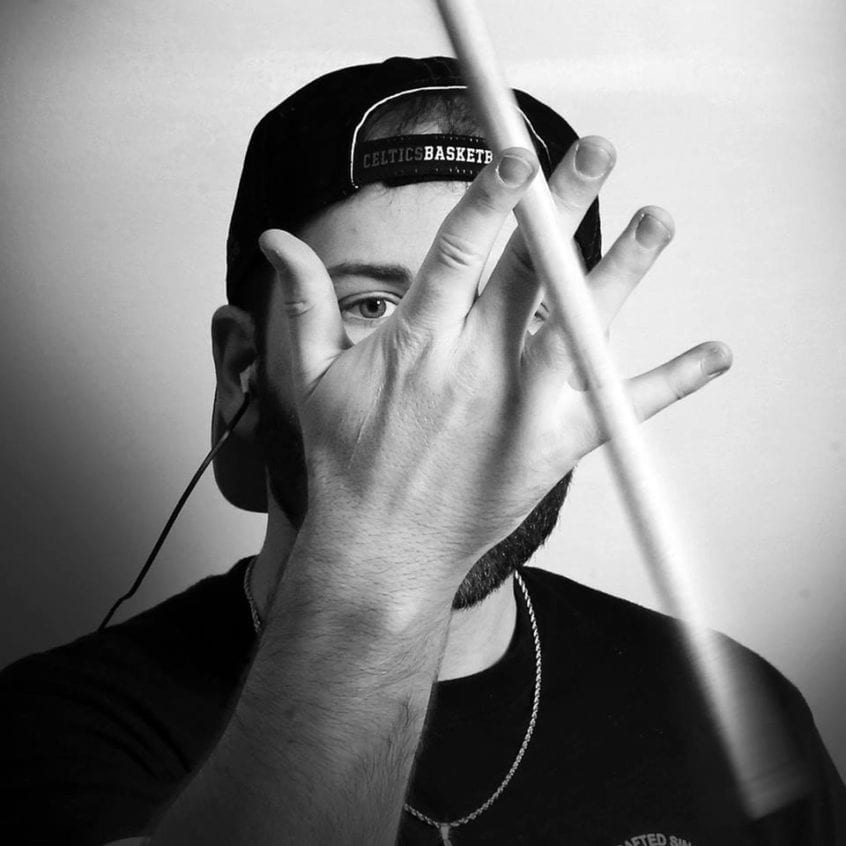 I’m Nicholas Sibley.  I’m 28 and I live in Muscle Shoals, Alabama.  I started playing drums at 13 years old and knew within 6 months of taking lessons that I wanted to be a musician for the rest of my life.  For a long time I only wanted to be a drummer, but as I got older and learned other things my interests expanded.  I got into guitar playing, piano playing, bass playing, singing, writing, mixing, mastering; I wanted to do just about everything I saw.  I wound up spending virtually all of my time working on something music related whether it was practicing drums, mixing, writing, or any of the other things that I got into.  I got my first opportunity to play professionally when I was offered the job as the drummer for a big cover band in my town called “The Hit Men”.  At this time I started making enough money to put savings back.  I eventually saved enough to create my own home studio.  Once my studio was finished I was able to start doing professional mixing, mastering, and editing out of my own house.  I’ve been doing that for a few years now while still performing in various bands.  I’m looking forward to meeting and working with new and interesting people and hope I can keep doing so for many years.

You can find Nicholas’ music here.

1. What do you do in the world of music?

I wear many hats in the music industry.  I do studio drumming and live performances in Muscle Shoals and Nashville.  I also do the same for bass playing.  As far as production goes, I also do mixing and mastering for clients online out of my home studio.  Lastly, I do plenty of writing both with other musicians and by myself and will be releasing a solo album in a few weeks!  (Shameless self plug: I actually am doing everything on the solo album.  I did all the writing, played all the instruments, sang all the vocals, mixed all the songs, mastered all the songs, and am even making performance videos of each song that I both filmed and am editing myself!)

2. Tell us about your history with synthesizers

I honestly had zero history with synthesizers until I saw an ad for Syntorial while browsing the internet one afternoon.  I have been a musician since I was thirteen and have been doing it professionally for seven years so I had plenty of musical knowledge and experience, but I had never worked with synthesizers in any capacity.  I was really interested in improving my music production abilities, however, so I bought the program.  I’ve been working with Syntorial for about 11 months now and have learned everything I know about Synths from it.  I’m currently working on learning Massive X as my synth of choice.

3. Tell us about a project you worked on or a piece of music you created, in which you found the process particularly interesting.

I wrote a piece of music for my solo project earlier in the year in which I felt a Cello-like sound would really fit in the mix well.  At the time I did not have any string libraries on the computer I was working on, but I did have a synthesizer available.  I was able to use the knowledge I gained from syntorial to create a pad that sounded very similar to a cello and fit what I was looking for perfectly.  I have since acquired some string libraries, but I like the synth sound so much that I decided to keep it anyway.

4. How has Syntorial helped you in your sound design process?

The biggest way I have benefited from Syntorial is not just in the knowledge of synthesizers, but the way much of that knowledge transfers to other areas of music production.  Studying with Syntorial really helped my ear develop in mixing and mastering as I can now more accurately identify various aspects of sounds such as cutoff level, envelop, waveform type, etc.  It has also inspired me to listen to more electronic music which has helped me become more creative and diverse in all areas of musicianship.

5. Who have you been listening to lately?

Lately, I have been listening to a lot of classical music, some Dead Mau5, and various EDM artists.

Have an interesting story to tell? We want to interview Syntorial users from all walks of music life, from hobbyist to professional to mega-celebrity.

A New Way To Learn Synthesis

Syntorial is video game-like training software that will teach you how to program synth patches by ear.